The Orbiter, Issue #7 – Take Me To The Stars 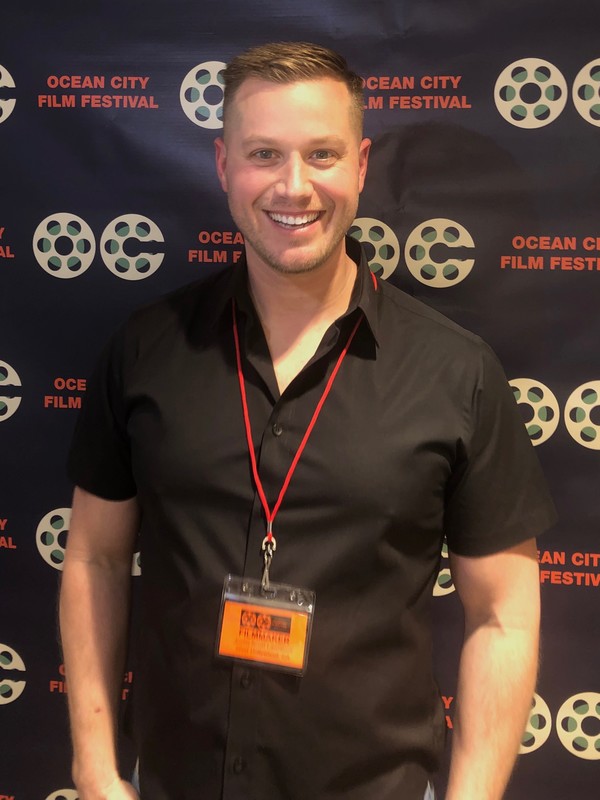 This week we're highlighting a film that is premiering this Friday, April 10th at 9/8c on VIDI.SPACE and that was showcased at VSFF 2020. Take Me To The Stars is a short film about a disabled boy struggling with a heartbreaking loss, further challenged by his alcoholic father. I had the chance to interview Justin about his inspiration behind the film, what it was like working with a child actor, and what we can expect from him next. - AR, Editor

Take Me To The Stars Trailer 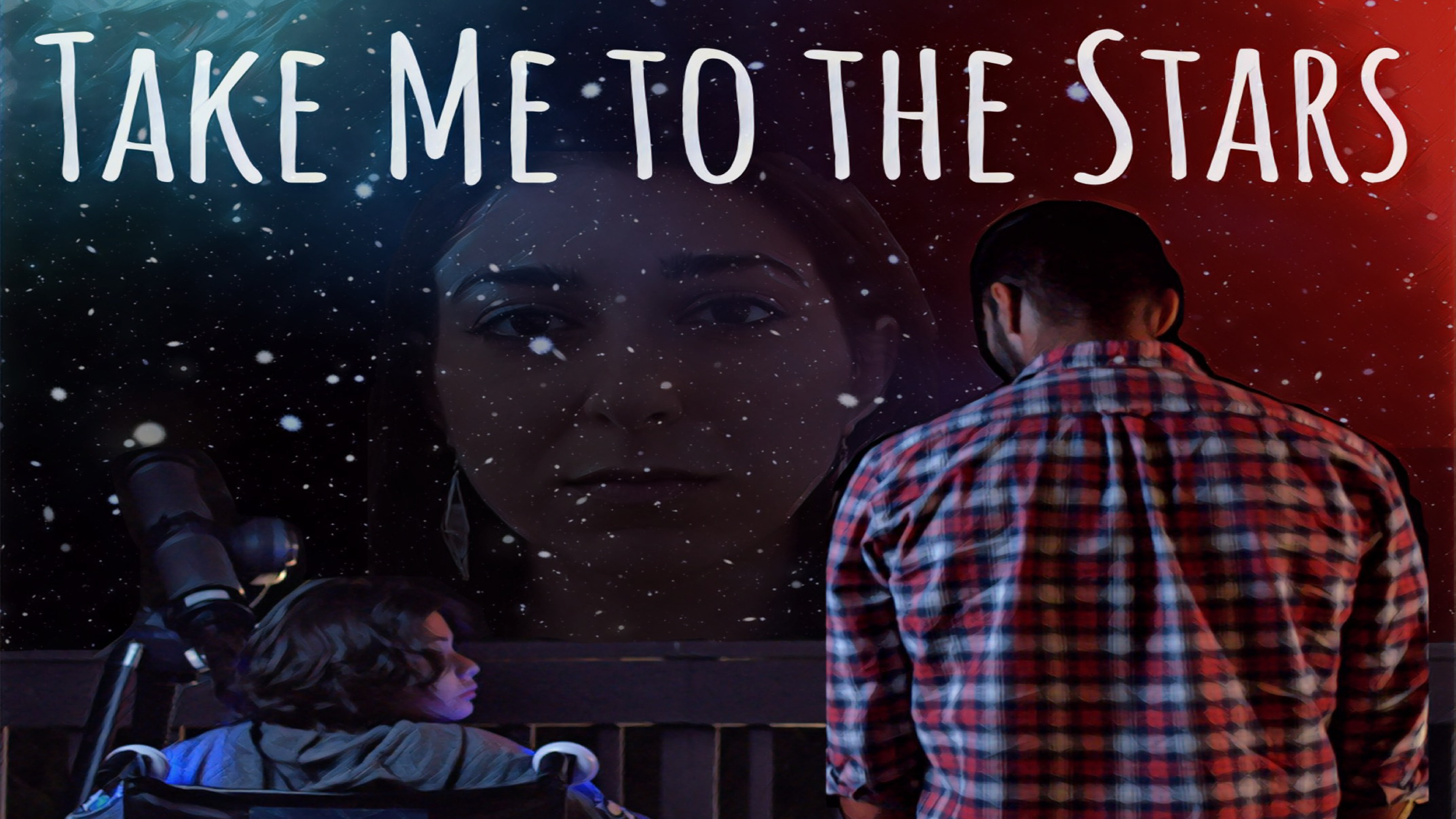 ”I really wanted to show how horrible it can feel as a kid to deal with grief and trauma. “Take Me to the Stars” came in part to my own personal experience of being a child and dealing with loss. - Justin Scott Lawrence

What inspired you to create Take Me to the Stars? The film has so many “currents” running through it. Life, death, disability, space, grief, trauma…. There’s so much there. Can you tell us a bit about the inspiration behind the film?

When I wrote this film, I really wanted to show how horrible it can feel as a kid to deal with grief and trauma. “Take Me to the Stars” came in part to my own personal experience of being a child and dealing with loss. Although I didn’t lose my mother to a car accident, like Carl did, I felt like I lost my dad when my parents went through a divorce. He moved out of the house, we saw him very rarely, and this was very hard for me and my siblings to deal with. It felt sometimes as though he had died. There was a massive part of me that died when he left. I felt paralyzed, I had very vivid dreams and nightmares, I would sometimes “space out”, staring at the space posters on my wall for hours at a time, playing video games, disappearing into a good science fiction book – all things I could do to forget what was really happening in my life at that moment. My imagination would run wild with almost anything. I just didn’t understand at the time that I was actually just going through stress and depression as a kid. I didn’t know how to deal with it. This film isn’t just about the main character, Carl, it’s also about his father, and the depression, isolation, and guilt that he feels because of also coping with the loss of mom. His dad is bordering on becoming an alcoholic, becomes very distant from his son, and forgets things like what day it is. And because of the age difference between dad and Carl, it makes it harder for them to bond, heal, or really talk things out. I believe that most viewers of the film just want to see the two of them work things out. This need to connect to our parents is a large part of what inspired me to tell this story.

From what I understand, the young man who plays the central character in the movie, Carl (Paul Anderson) didn’t have a lot of acting experience prior to “Take Me to the Stars”. That’s amazing given the quality of his performance (For our readers who don’t know, Paul won “Best Performance by a Child Actor” in the 1st annual Vidi Space Film Festival held earlier this year). Can you tell me a bit about working with a child actor and the challenges that come with that? I’m sure it isn’t easy!
I wasn’t surprised when he was nominated for his role, because he was really a great first-time actor who worked hard for his first role.  This was also my first time working with a child on a film.  Paul was a really good sport, but because this was his first acting role, it was sometimes difficult for him to memorize all of his lines and know where we were in the script.  This of course is all understandable since we didn’t shoot the film in linear fashion.  We shot most of the ending and middle scenes containing dad and Carl first. We did this for two reasons – First, we only had limited scheduling time to have both actors to be together in the same scenes.  Both had schedules for school and work, and we were pressed for time on our location. Lastly, I wanted to do it this way because those scenes were the most exhausting for a 10-year-old boy, both mentally and physically.  They were much longer scenes, took more time to shoot, and they were very dramatic, emotional scenes.  Since Paul had the most energy on the first day of the shoot, it worked out best for him to give me 150% on that day. I knew each day after that he would get more comfortable and wouldn’t need to give me as much emotion on the rest of the scenes.  He could literally just be himself for the remainder of the shoot. He also didn’t have as many lines in the rest of his scenes, and I gave him more activities to do that were natural to him, like coloring, drawing, and eating in those scenes.

Also, we usually didn’t ask Paul for more than three takes.  I usually got what I wanted from his performance on the second take but would do a third take occasionally just for good measure and to see if there were any more surprise moments in his performance. It also really helped having two highly trained adult actors playing his parents. Vip Paruthi who played Dad and Meltem Tugal who played Mom, would rehearse and bond with Paul him before each scene. They were crucial in helping him become more comfortable with them, which in turn, made him more natural acting on camera.

I believe you wrote/filmed “Take me to the Stars” while you were still in film school? Can you tell me a bit about that? Was this for a specific project? What kind of response did you get for the film at the time?
It would be about two years ago this coming month that I first started writing the first draft. The idea for “Take Me to the Stars” started in my last year at the Los Angeles Film School when I had to make a thesis film to graduate. Overall, this film took over a year to make, from conception to post-production. I started writing the script in April of 2018 and it went through 23 drafts to get it to the final shooting script, and I was still making small tweaks to the script up until the week we shot it.  We shot the film six months later in September of 2018, and the film took about three months of post-production for editing, sound, scoring, and color correction. During assembling of the first cuts, we had to use various classes of new students to do “test screenings” on our thesis films.  Originally, I never wrote in the car accident, or any of the flashback scenes from the observatory. “Take Me to the Stars” went through multiple screenings, but I still kept getting questions on how Mom died, and if there was ever a time that the Dad was happy.   Because of these questions, I ended up scheduling a last-minute pick-up shoot to answer these questions.  I called my producers (Stephanie Renaud and Marco Andreini), my cinematographer (Gideon Watson), and my adult actors, and a week later everyone’s schedules opened up for one more day of filming. This is where we shot the scenes of Dad and Mom pregnant with Carl at Griffith Observatory, along with the car accident scene.  We then took the new unscripted footage, put it into the cut, and that’s when the test audiences stopped asking questions, and instead started crying at the end.  This is when it became clear that the film was done and that it was going to touch other audiences even harder than before.

This might “piggyback” on an earlier question, but I’m curious as to your inspiration for “Take Me to the Stars” from a filmmaker’s perspective, i.e. Have you always been a fan of Sci-Fi? Space? “Take Me to the Stars” has a very cerebral, Sci-Fi, vibe, almost in the realm of “Inception” or similar. I don’t know, maybe it’s just me!
I’ve always had an obsession with stars, planets, space, aliens – basically anything not on this Earth. I have constantly loved sci-fi/drama tv shows and movies, like Star Trek, and the Robert Zemeckis film, “Contact”. The first thing I search on my phone, while lying in bed, is trending news in space and science.  I constantly look up news on recent UFO sightings, watch alien abduction documentaries, and try to spot the International Space Station on a clear night when I’m away from the city.  I wanted the character Carl to have that same obsession, but to make it obvious that this was also shared by his mom. I’ve always loved how parents pass down things they love to their children, like music, art, or hobbies.  I thought it was so sweet that Carl continued to love what his mom did. I also wanted to touch on spirituality when it comes to where Carl thinks his mom went when she died.  Most of us are taught that when you die, you go to heaven. But what if there’s more to Heaven?  What if there is no Heaven? I wanted to explore the possibility of Carl not believing in Heaven or Hell.  So rather than the norm, he perceives that his mom is flying around a spaceship somewhere far into the universe, looking down on him from above the cosmos. This is Carl’s belief, or at least what he thinks he believes being a 10-year-old boy.

I genuinely enjoyed the film and, selfishly, I’d like to know what else we can expect from you in the coming months/years? Any plans or future projects coming down the pipe?
First of all, thank you very much.  I absolutely love the feedback I get from anyone who watches the film.

I recently executive produced a short film called “Su Promesa”. This film is about the horrors of being a child bride in a third world country, marrying a man out of arrangement and need.  Su Promesa also explore themes of LGBTQ suppression, domestic violence, and immigration.  We just wrapped on post-production and are looking to get it into the film circuit within the next few months.  It was written and directed by my good friend Rafael Soto, and we completely shot it in Spanish.

I’m also working on a coming of age, feature length drama/comedy film about clogging, and the lifelong friendships and memories that the dance world can create. I used to be a competition clogger as a kid, so I really want to open up that world by making a film about it.

“Take Me to the Stars” is ready to go to the next phase, as I want to turn it into a feature.  In the feature, adult Carl will actually go to space, and explore the galaxy to find the peace he deserves from losing his mother back on Earth. I would explore the same themes of loss and spirituality, but am hoping to expand more upon space travel, where we’re going, and why we’re here. I’m still in the development phase, but plan to have the script finished by the end of this year.