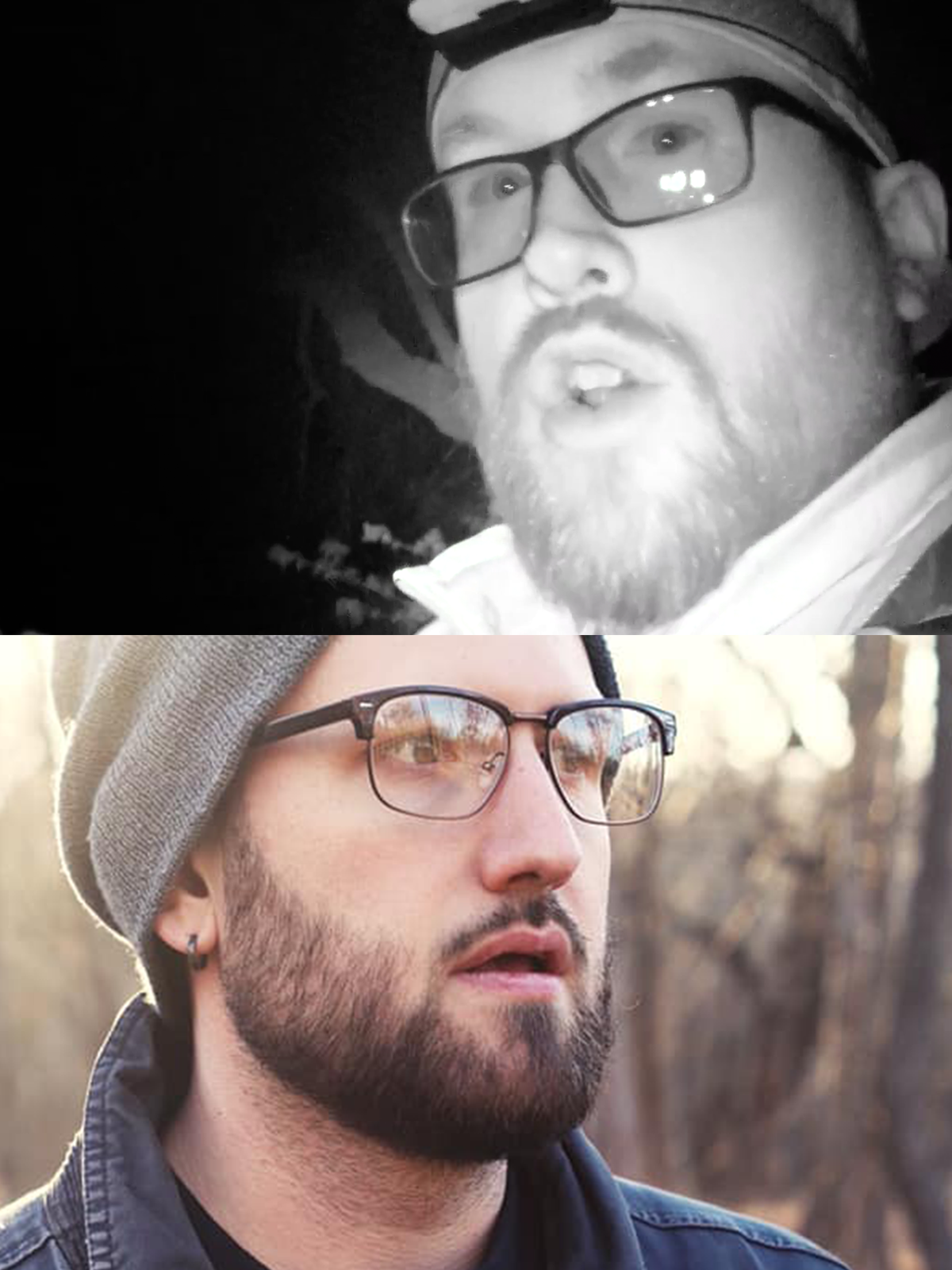 This week we're highlighting a film that won the Best CUP (Cryptid UFO Paranormal) Feature Award at the first annual VIDI SPACE Film Festival this year. Squatch Iowa, created by two brothers (Seth and Jesse Alne), follows a team of investigators set out to prove the existence of Sasquatch in the state of Iowa. Following eyewitnesses and revisits of their own experiences, the crew documents many unexplained and abnormal events that increase the mystery that is Sasquatch. I really enjoyed the film. My background in the "fortean" world began on the paranormal side, but since has moved into the sasquatch/cryptid world. Needless to say, the film was right down my alley. - AR, Editor 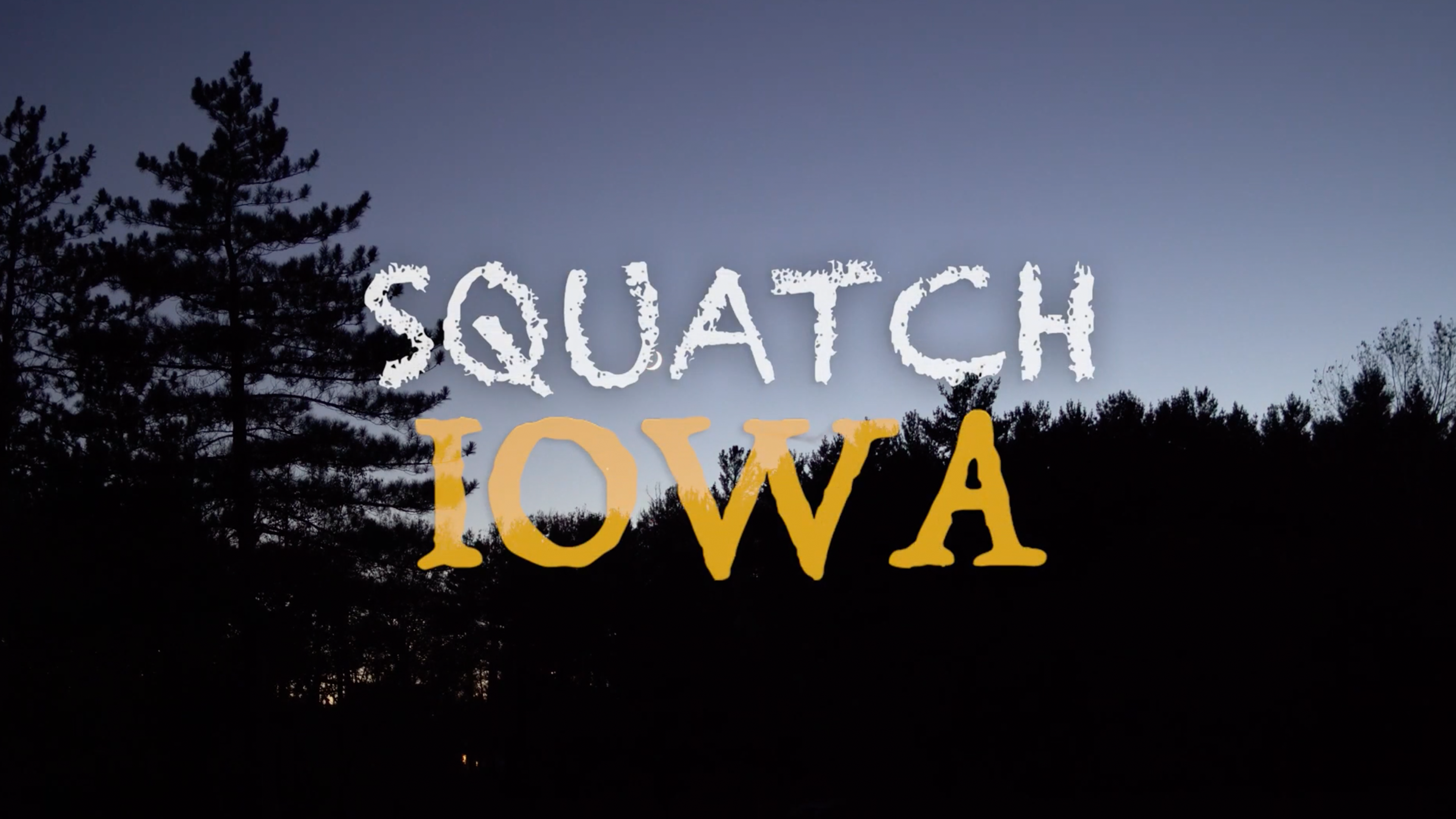 ”When it comes to the Cryptid world. Everyone has there own opinions and they are very stuck to it. Also many Squatchers are nature and scientifically based so paranormal is just not in that realm for them. Myself as a current paranormal investigator and my brother as a former one, know that stuff exists and it opens our brains to the possibilities. - Seth Alne

I’m going to start this with the obvious question, but I think it’s an important one; What got each of you into the subject of Bigfoot?

Personally Bigfoot was a slow burn interest for me. Getting into the paranormal back in 2001, it began to open our mind to more and more strange things. I remember loving Monster Quest and that being my first real exposure to Bigfoot lore, but it was during a conversation with my history teacher in high school that really peaked my interest. He used to debate me on the existence of ghosts but when I brought up Bigfoot, he said confidently that it existed because of an encounter he had when he was a kid. This guy was a no bs type of guy and for him to confidently believe in Bigfoot made me start looking more into it. Fast forward a few years to 2009 and I begin researching sightings in the area we lived at the time in NE Iowa. I found a wooded area not far from us that a man had a sighting back in the 70s. We went their a time or two and didn’t experience much. Well there was a big abandoned building next to these woods. As described in the film, we used the woods to get to this building one night and on our way back we had an experience we will never forget. We began to feel lost. Our pathway seemed to change. So we split up looking for our original path. During this my brother and cousin watch a massive creature on two legs walk up very close to them. My brother blurts out, there’s a Bigfoot over there! Myself and others who had split off come running back. On our way back to join up we hear this thing take off running through the woods. Sounds like a Mack truck driving through the trees and within no time it was gone. We were confused and freaked out. We ended up being lost in those woods for a couple hours and walking out right where we started. A few days later myself and a buddy wandered back in those woods and found footprints. After that it was game on.

Personally, I’ve done quite a bit of work in the world of Bigfoot over the past few years through various film projects and I have to admit, even I was surprised when I learned of all the sasquatch activity in Iowa. It seems that was something you were having to push against from the very beginning, even among those in the bigfoot “community”. Can you talk a little about the decision to undertake a project like “Squatch Iowa”, knowing that you’d likely be met with critics from the outset? In short, what compelled you to make this film knowing it certainly wouldn’t be easy on many fronts…

I love this question. Going into this we had the same mindset as our previous documentary from 10 years ago called Haunted Iowa where we set out to show the world that hey Iowa is haunted too. Same with Bigfoot. This is the place that we have had all our experiences. And we know many many people who have also had experiences here so instead of doing what everyone else does by going to the mountains in Canada and the nw US, lets show people there activity right here in our home state. The stories are there. The witnesses are there. It makes for a better mission to go somewhere where people least expect it. People are going to talk more about something that surprises them then something they already expect.

One of the best (and sometimes worst) parts of researching the Bigfoot subject is dealing with the elements and other aspects of being in the field. There are no sets or scripts and, many times, the best laid plans fall apart due to weather, animals, or equipment issues. What were some of the challenges you faced when filming “Squatch Iowa”?

There were definitely challenges. A big one was weather. We started at the end of summer in 2018 and filmed until the beginning of summer 2019, so the meat and potatoes of it was in the winter. Our camp out in the film, we were sleeping in 29 degree weather. Very cold hunts and also one very hot one. We also had too film multiple hunts around saylorville lake due to unexpected flooding blocking off prime areas. But other than that it was a pretty smooth filming experience.

“Squatch Iowa” touches on something that is often considered “taboo” in the world of sasquatch; the paranormal. Why do you think so many people (again, even within the community) are unwilling to explore the paranormal possibilities surrounding the subject?

Ah yes this definitely a taboo area to many people. It was something we had tossed around in the beginning because I especially had a very paranormal esque encounter and we decided to just truly tell it how it is and how we’ve experienced things. When it comes to the Cryptid world. Everyone has there own opinions and they are very stuck to it. Also many Squatchers are nature and scientifically based so paranormal is just not in that realm for them. Myself as a current paranormal investigator and my brother as a former one, know that stuff exists and it opens our brains to the possibilities. There are so many experiences by people out there that have such a paranormal tone when it comes to their run on with Bigfoot. It’s just as narrow minded to ignore that stuff as it would be to ignore any sort of encounter with Bigfoot. Again with the documentary we wanted to let it all hang out there. Be raw and real. Surprise people. Before this I watched so many Bigfoot documentaries and so many of them are the same so i wanted this to be different.

In your personal opinion, what is THE most compelling piece of evidence supporting the existence of bigfoot? Footprints? Video (blurry as it may be)? Vocalizations? First Nations stories?

So many things I believe are very compelling. The Patterson Gimlin film is always a go too but it when that video is broken down scientifically examining the walk and muscle movement that when it truly become remarkable. But my favorite piece is the crippled Bigfoot track that I’ve heard Dr. Meldrum discuss where a deformed track was found and after doing analysis on it, it showed how this deformed foot would be positioned and formed to be able to support a very large heavy figure. The way it was twisted and where the way the weight was distributed told so much. And last but not least the amount of sightings and stories that span centuries. No proper thinking person can look you straight In the eye and tell you it’s all bull and a hoax.

You better believe I saved the best for (almost) last; What are people seeing? What do the footprints belong to? What are people hearing howl in the woods? Plain and simple, what IS bigfoot?

Ooh this is the best and the hardest. They are seeing a creature, in my belief and from what I’ve researched and experienced myself, that is not quite of this world. The paranormal side of things we showcased in the film are not just for kicks and giggles. It’s strange unexplained things that always seem to accompany Squatch activity and to say that it is not related, I just can’t do that. I honestly can’t say why this bieing exists. It’s such a deep deep mystery that even if we had a body, we wouldn’t have all the answers. Being a Bible believer, I think one of the possibilities of this creature is linked to the Nephilim. Fallen angels mating with humans. Who knows what came of this.  All I know for sure is people are seeing a hairy ape like creature in the woods that is extremely smart and elusive.

Finally, what do you want viewers to take away from “Squatch Iowa”?

I want viewers to walk away hopefully with a more open mind to the possibility of the existence of Bigfoot. And for the ones in the field to open up to them being everywhere, not just in these broad forested and mountain states. People are having experiences and sightings and this is another avenue for the stories to get out there to show those who may be too afraid to tell their stories that they are not alone. Bigfoot are all around us. We just have to open our eyes and try to see.

Editors Note: Squatch Iowa is available to watch on VIDI.SPACE: https://vidispace.vhx.tv/squatch-iowa – – It is also available to rent/purchase.