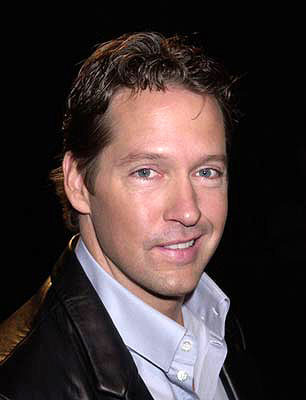 The First Annual VIDI.SPACE Film Festival (VSFF) is fast approaching and this week I had the chance to speak with D.B. Sweeney (The Cutting Edge, Fire in the Sky, Memphis Belle, Two Tickets to Paradise, Eight Men Out) about his submission to the VSFF as both actor and director of the short film “Two Dum Micks”. The short, which co-stars Sean Astin (Lord of the Rings, Goonies, Strangers Things), documents the trials and tribulations of two (more than slightly) intoxicated cell mates on a literal “wild goose chase”. DB and I discussed everything from the challenges of short film making, the appeal of physical comedy, the cost of training a goose, and shooting at planes. This one was fun.
- AR, Editor

In the early days of movies, producers insisted they be very short (one or two reelers) not only for technical reasons, but because they didn’t believe there was enough collective attention span to sit through anything longer. A hundred years later, here we are again! Physical comedy is universal and we need more unity these days.

I am a huge fan of this genre and respectful of the care and craft that go into making it look easy. Lucky to have such a skilled partner in Sean Astin and wonderful first time producers like Diane Hendricks and especially the amazing artist Kara Shaw!

Well the evolving rules of social discourse are making it tougher and tougher to poke fun.  In ‘observation’ comedy, which is what most standup is, you generally single out a type of person or a behavior for ridicule.  That’s become a bit of a minefield.  The appeal to me of physical comedy is the protagonist gets the direct blowback of his own choices.  Easy for everyone to enjoy his self-created misery.

Hard not to notice all these geese lolling around.  Parks, golf courses…anywhere theres unattended turf.  They don’t seem to be worried about anything.
A lazy, arrogant bird.
With no enemies.  That seemed like a good comedic opportunity.

I can only imagine a short film like “Two Dum Micks” would present a number of challenges from a filmmaking perspective. Everything from establishing characters to creating some semblance of a story ark must be incredibly challenging to do in such a short timeframe. What other challenges do short films present to an actor/filmmaker?

I’ve always admired shorts, especially comedy shorts because of the economy of setup they require.  One of the greatest ever is the road runner and the coyote.  The first time you ever see one,  you know who both characters are in about 6 seconds.  Then you’re in:  “What’s gonna happen to the coyote THIS time?”  That speedy character ‘establishment’ is tougher with live action  humans, but similar.  And essential if you want to stick to the compressed length required.  I felt I could get the character setup conveyed by 1) they are jail but not dangerous and 2) one guy having a single cigarette but neither guy having a lighter.    We get these guys:  They can’t catch a break but they keep trying.
From a filmmaking perspective. the geese were the biggest challenge.  I had an animal trainer tell me he might be able to get geese to run in a certain direction.  “Might” after three weeks of training with three trainers and $10,000.  I said no thanks, thats more than the whole budget…and Ill take my chances with wild geese.  It all worked out.  Sean Astin is a consummate pro and he actually made the whole splatter gag work by steering the birds um  ‘vent’ right at his nose.   Courage and commitment of the highest order.

I wouldn’t be doing my job if I didn’t mention the fact that THE Sean Astin plays your slightly (or more than slightly) inebriated counterpart in the film. How and when did that relationship get its start?

Sean and I became pals almost 30 years ago the filming of Memphis Belle in England.  He was and is such an effervescent, positive and talented person I just wanted to be around him.  We would bump into each other from time to time and talk about doing something but the opportunity never presented itself.  So I decided to write one for us.

With the submission of “Two Dum Micks” to the VSFF, we asked you to give us “one fun fact” from the film or the inspiration behind the project and you mentioned something about firing tracer rounds at a B-17 with Sean Astin during the filming of “Memphis Belle” and almost shooting the plane down?! I think we all need to hear that story.

On July 4th 1990 we were flying in B 17s over the British war museum airfield (Duxford I think….) It was an amazing day and the producers had a arranged for second unit photography of our 6 actual authentic B-17s in Bomber formation being attacked by actual German fighter planes.  There were almost a dozen of these German ME-109s pretending to strafe our bombers.   Two camera planes…thrilling stuff!

Unimaginable today, it would all be CGI.

So in our preflight briefing “somebody” asked if we should fire the 50 caliber machine guns (we had been training with them on on the ground) AT the fighter planes since we were firing blanks and the cameras might pick up the muzzle flashes.  Some ‘expert’ said “well yeah, the fighters are coming at the bombers at 300mph and the bombers are going about half that speed, so there’s no way these amateur gunners can possibly hit the fighters…Good idea!”  So up we went.   And the expert was right, it took enormous skill and experience to even ‘track’ the planes with the 50 cal, as it’s a big, bulky weapon.  (Its weight is supported by cables, but its still very unwieldy…)  So after repeated failure with the streaking fighters and a desire to…I dunno…hit SOMETHING with these great machine guns, we just started shooting at the adjacent B 17s.  Now even though the 50 cal rounds were blanks, every fourth ‘bullet’ is a phosphorus tracer round which helps the gunner adjust his aim.  The B 17s were in formation only a few hundred meters apart, so you could occasionally hit the next plane over with the tracer round.  It made the most amazing THUNK sound on the hollow fuselage and a great fireworks impact.   Well it turns out B17 are made out of mostly magnesium, which is an extremely flammable metal.

Might have been an  interesting headline in the Britsh papers the next day had we nicked an engine.

Apart from that, any funny behind the scenes moments while filming “Two Dum Micks”? It seems like a film that would lend itself to some great moments off-camera!

Look, film permits are expensive in California, so I made the executive decision not to acquire them for some scenes.  My buddy and agent Erik Seastrand’s awesome son is named ‘Drake’, so he was sensibly hired to pose as a student filmmaker doing a school movie project which constituted his Origin Story.  Ducks, geese: his heritage…all part of his school work.  Our crew was so small…9 people I think…that it COULD be credible, as long as we hid our famous hobbit and the dumbass ‘toepick’ guy if and when the cops appeared.   We rehearsed what Drake would say to the arresting officers, and Man was he convincing!  That was cheaper than getting permits or permission.

Last (but definitely not least), what do you have on the horizon? Anything coming up on the acting or directorial front?

Sean and I want to do more Two Dum Micks as a short form series, so stay tuned for that!  We could be painters, crash funerals, work at a soup kitchen.  The sky’s the limit!   Watch out Abbott and Costello!   Acting side: up next I’m in a movie called “Manson Brothers Midnight Zombie Massacre”, which as you can tell from the title is a somber meditation of the nature of being and other philosophical puzzles…

It’s a wrestling movie that morphs into a zombie movie, so they had me at hello.  My buddy Max Martini directed it and with the legalization of reefer in many states I predict a long beloved life for this monstrosity.

Editors Note: You can see Two Dum Micks, plus all of the other amazing film selections, at the 1st VIDI SPACE Film Festival on February 20th in Reston, VA.

More information can be found at https://www.vidi.space/vsff